Politics : Betrayal on purpose or tactics of survival? 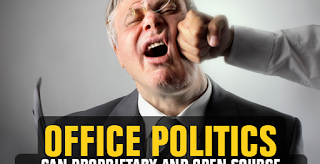