60+ kids died, in Gorakhpur, in an India that is preparing to celebrate its 70th Independence anniversary! It raises many questions.
• Who killed them?
• Who is to be blamed for?
• What will blaming change?
• How long will people continue to die?
Can we possibly differentiate between terrorist high on religion opening fire at innocent kids and a bunch of rich, corrupt, lazy and powerful white collar professionals chocking ill kids to death? Both are equally terrorizing & have resulted in innocent deaths!
SAME SHAME 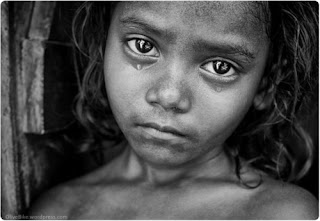 I do not know who killed these kids .. but I’m absolutely certain that it wasn’t Japanese Encephalitis (JE) or Acute Encephalitis Syndrome (AES) – it can’t be a disease in an age that has found cures to disorders even amounting to terminal eventualities.
Let us take a step back and think.. when have people not died untimely? You pick up any leaf from the book of history –

you’ll find some one always died because those who could prevent, cared little.
I do not wish to throw stats at you – because it doesn’t really need the support of numbers, even if one person dies – it is reason enough for rage! That being the principle, we’re never short .. we manufacture a lot of rages, newspaper carries passionate columns, some incidents even graduate to editorials. Internet warriors like me tweet about it at the world go, some enthusiast even write blogs ( one of them is known by the name Lav Kush) – many read, like, comment, share – forward and then wait for another nonsensical thing to happen to start over again.
We let incident after incidents make horrific history of negligence and monumental mismanagement (Dr . Singh, said so too)
Though it is uncalled for and absolutely unrelated in minds of many, I think there is a connection. You may have guessed me right, I’m talking about the address that outgoing VP Ansari gave which said this country is not the best place for people who are not part of the majority – in views, in faith or even in rage. People were quick to pull up that picture where he was seen not saluting the national flag, then came an article which said, he has spent 300 Crs in travelling abroad with his family more than the PM, & then some researchers also pulled up some of his articles from his bureaucratic days where he advocated the need for social equality as an essential ingredient for nation building.
All of this was done to get masses into thinking that VP Ansari has been cribbing for ages despite being extremely privileged! People, in parts, did see he was privileged, the only thing better than a Vice President is a President and there can only be one president .. so yes, he got what was the best and yet has been saying things were not alright and hence it should be discarded. The poor guy who was only trying to raise a question was dislodged and largely ignored, despite he speaking what is a near fair representation of what many feel, today.
Sensation muscled sense out on the sloppy floors of public opinion, one more time!
Gorakhpur is a fresh incident, the rage is intense and called for but has it got those in power to change their approach? Nope, it hasn’t! What really happened?
Govt dismissed the lack of Oxygen supply as the cause of death. Yet, filled FIR against the supplier – who only cut supplies after multiple reminders for a due of over 60 lacs. Smart content producers have already started putting together facts like, since the very first term as an MP, Yogi has been raising the issue of Brain fever in the parliament.
That Yogi got GKP an AIIMs
That Yogi is deeply hurt and would not let the guilty go unpunished etc. Some poor clerk will lose his job, some guy will serve term too – & that’s that.
But Yogi and his political Yog will continue to flourish – because he, who can shape the narrative, will rule. And currently, with such a stupid, lame duck opposition and a media that works for the 7 RCR (or whatever the new Hindi name is) – will soon find a more legitimate cause like some ignorant unwilling to sing a song as he thinks his Almighty will take offence of and another bunch of idiots would be hell bent on making those who don’t like it, sing it  & well and in chorus with them – all of this to say . I rule you!
So people will continue to die, so long, as we remain bites driven society, so long as we do not ask for structural reforms over reservations, so long we keep valuing human lives less than money – some or the other crook in power will keep making a joke out of us.
I may sound cynical in this write-up and would really want you to think of me as one and if possible join me in making your representative accountable for what is not delivered! Remember those who died suffocating in this last week did nothing to earn such an end.
Children died … while the grown up lied!
P:S – I haven’t sung Vande Matram even once and no one asked me to because my name is Lav Kush and not Latif!
Think and change … we are about to be 70 Yrs old!
Spread the love

Equality before the law; is a cornerstone of democracy. Then why should the state and the CM take a special interest in a death that happened outside the state for its domicile? Lakhs of Biharis die outside Bihar every year, why does Nitish, not even move an eyebrow for them?

Dear Bihar,
Nitish is an astute politician he knows if the media & the public discourse were not discussing Sushant's death, they would narrow down on pathetic COVID-19 response, the misery of floods & related difficulties. Remember, he ignored migrant deaths, he doesn't care!

++ Another tip, when asked talk negatively of Lung and even of Tipu; else you might end up loosing at least 15 scores, which could mean downgrade from IFS to IAS. Be wise.

They ask you about Taimur Lung and not Taimur Ali Khan. Read only what matters for your exam.

From Skies to Skype - the story of 2020 travelling!